AXEL Responds to Growing Customer Demand with Major Investments at its 3 Plants in the USA. 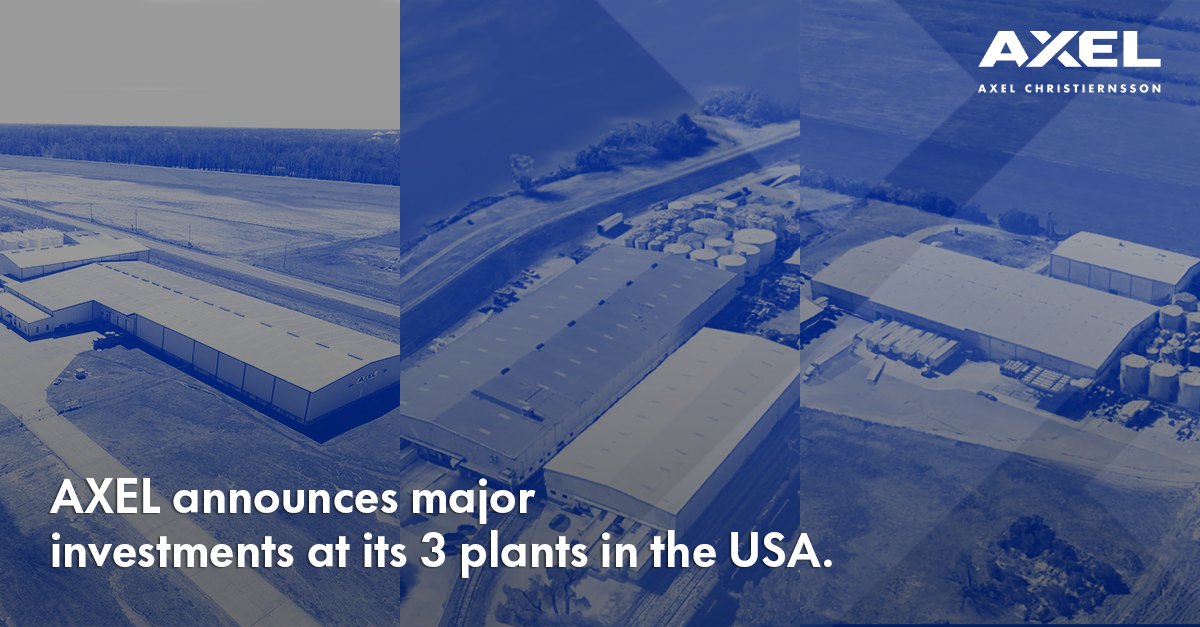 July 15th, 2021 – Kansas, MO – AXEL, one of the leading manufacturers and suppliers of lubricating greases in the US with its companies AXEL Americas and AXEL Royal, announced that it is proceeding with an additional expansion and improvement plan across its 3 plants in the USA.

This additional plant expansion at the company’s ISO-certified facilities comes as a response to recent industry developments and the significant production void created in the North American market. As a leading private label grease supplier in the USA, AXEL is further investing to meet the additional requirements and growing demands of its existing customers in the short and medium-term. The company has been focusing its immediate efforts on critical products and its European facilities are also assisting in meeting the increased US needs. Below, a summary of the Company’s recent and current investments and initiatives.

At the Rosedale facility, a new mezzanine is under construction and the production floor is being expanded to host the Company’s new stainless steel STRATCO Contactor, ordered in December 2020. The Contactor, the only and largest ever built of its kind, will significantly increase the facility’s soap and grease-making capacity an additional 20-30M lbs./year, allow AXEL to manufacture new technologies, and provide unparalleled flexibility.

In addition to the Contactor, the Company is installing two new finishing kettles which will increase finishing capacity by 12.4M lbs. This includes a newly installed 45K pound line with mills and additional finished goods storage capacity. Both the Contactor and new kettles will be installed simultaneously and will be operational in October.

A second high-speed cartridge filling line for Rosedale has been ordered and will be operational by mid-October, allowing the Company to double its current filling capacity.

At the Schertz facility, a new hot oil furnace increased the plant’s heating and production capacity. The totality of the plant was re-piped, and the Company added enhanced temperature and process controls, new mills, deaerators, and installed state-of-the-art filtration for optimal quality and production output. These investments significantly removed prior bottlenecks, achieved better utilization, reduced possible cross-contamination, and improved quality assurance through greater control and accuracy over the processes and production batches.

At the Tulsa facility, new transformers were installed to accommodate new equipment energy requirements and increased production demands. The Tulsa facility was also fully re-piped in 2 stages. These improvements have resulted in reduced bottlenecks, improved process and temperature controls, and increased throughput.

In addition to all the capital upgrades, AXEL continues with many important organizational initiatives. The Company has promoted and hired new personnel including plant, maintenance, and purchasing managers, controllers, quality control supervisors, and lab technicians. The significant investments in production capacity are made in tandem with a continuous effort to identify, hire and train the corresponding grease manufacturing and support expertise. It is an exciting time to work at AXEL and the Company is constantly seeking qualified personnel to work in areas within technology, operations, quality control, and administration.

AXEL, with its companies AXEL Americas and AXEL Royal, is one of the leading suppliers of lubricating greases in the US market and a part of the AXEL Christiernsson Group. During the last fifteen years, the AXEL Group has expanded dramatically to become one of the leading global producers and suppliers of lubricating greases, with 6 ISO Certified manufacturing facilities in Sweden, France, the Netherlands, and the US. AXEL works successfully with many of the leading lubricants companies around the world.